Just Farmers is a not-for-profit organisation that gives farmers and growers the confidence to tell their stories with pride through free Media Education workshops (four days in total), while helping members of the media find independent farmer case studies to talk to.

We are breaking down barriers, disrupting the outdated ‘media training’ model and we’re doing it for a minority community that are frequently overlooked and ignored - and at the same time, we are helping colleagues in the media industry find independent, authentic voices in farming who are willing to share their story.

Why do we do this?

Farming is one of the most misunderstood jobs in modern society. It can look privileged and beautiful. It can also look cruel and destructive. Many farmers and growers feel isolated and profoundly disconnected from the rest of society, which has been linked to mental health problems across all agricultural sectors. More than a third of UK farmers are probably or possibly depressed, while a shocking nine in ten under the age of 40 say poor mental health is the biggest hidden problem facing their industry.

Many farmers blame the urban media for fuelling this disconnect and see journalists as a threat, believing there is an anti-farming agenda working against them.

Just Farmers is working to bridge this divide and bring people closer together.

So far, we have 84 farmers in our network, who represent the full diversity of UK agriculture. Between them, they have had more than 500 regional, national and international media appearances and some are now major influencers on social media.

Just Farmers was set up in 2018 by freelance journalist and broadcaster Anna Jones. A farmer’s daughter from the Welsh Borders, Anna works as a Producer/Director and occasional presenter on rural affairs television and radio programmes including BBC One's Countryfile, Radio 4's Farming Today, On Your Farm, Costing the Earth and The Archers. She is currently working as a Producer on the upcoming Channel 4 series Matt Baker's Farm of a Lifetime. Anna has reported on agricultural issues for BBC News and the World Service and has written for The Guardian, Countryfile Magazine, Farmers Guardian and Farmers Weekly. Her first book 'Divide: The relationship crisis between town and country' was published by Kyle Books in 2022.

The idea for Just Farmers was sparked by Anna's research for a Nuffield Farming Scholarship in 2016/17, which looked at the coverage of agriculture in news and current affairs around the world. She discovered a deep disconnect between farming communities and the mainstream, predominantly urban media - driven mostly by a lack of trust and transparency. Anna wants to give farmers the skills and confidence to step forward and share their stories, while helping colleagues in the media build more contacts in rural areas. 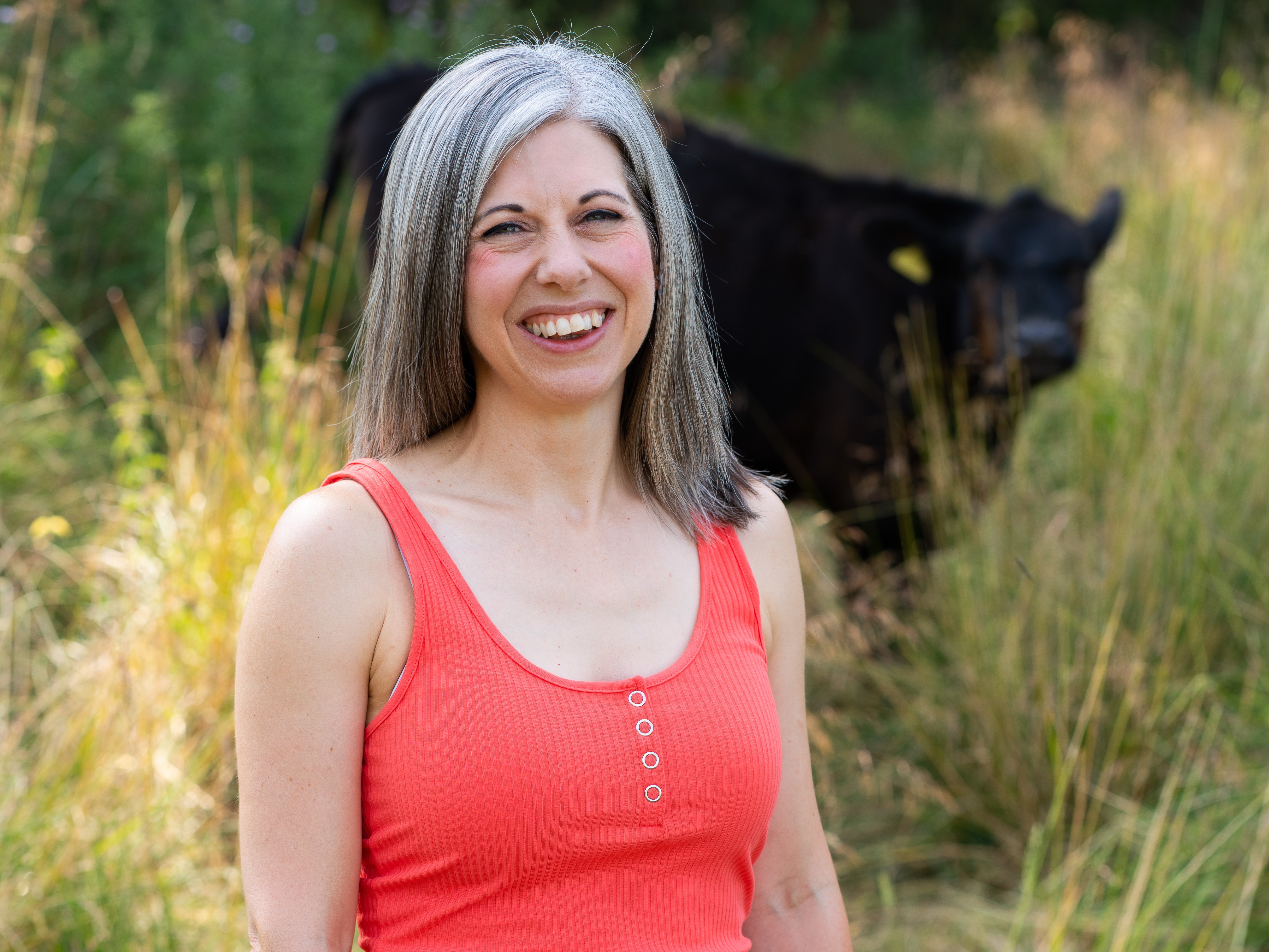 As a farmer's daughter, Emily's first experience with the media came at the age of three, when she and her family were filmed by ITV for an educational programme about farming. What started off as a fascination with the furry thing on the end of the boom mic became a career in broadcast journalism, as News Editor for ITV Central, and Digital Editor for ITV News and Good Morning Britain.

Moving from journalism into marketing, Emily has worked with a variety of brands including BT TV, Guide Dogs, adidas, Aviva, Barratt Homes and Maersk as a digital and social media specialist, and is now self employed; providing marketing and PR advice to agricultural businesses.

As an advocate for mental health, Emily is passionate about helping people improve their well-being, and volunteers for the Farming Community Network. She is also a fully trained yoga teacher and British School of Coaching Well-being Coach. 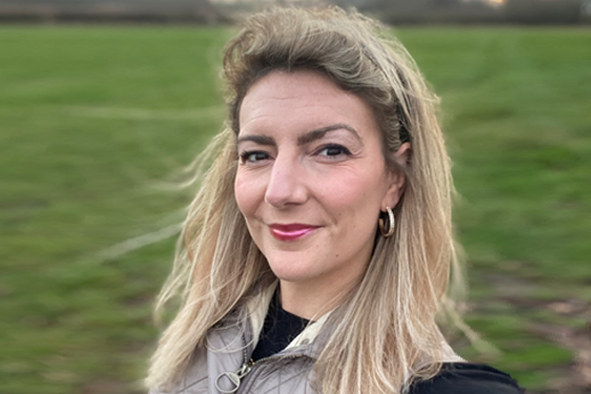 Clare may not have been born on a farm, but she's never happier than when wearing her wellies. Her career as a journalist and linguist has taken her all over the world, including stints as a correspondent for Reuters in Paris, writing a book on the cocaine trade in South America, making a documentary about General Franco for BBC1, and researching Jonathan Dimbleby's biography of the Prince of Wales.

Over the past two decades she has focused on British food and farming while writing for BBC Countryfile magazine, The Telegraph, the i, BBC Good Food, Olive, and National Trust magazine.

She's covered a range of subjects from lambing to watercress farming, and this year has examined the issue of food security by setting herself the challenge of eating just British food. During lockdown she studied horticulture while living on a farm in Devon, where she now lives full-time. 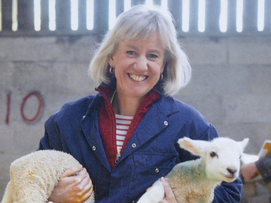 Alex is a freelance self-shooting Producer/Director with 17 years’ experience in the TV industry. He has worked for the BBC, ITV, Channel 4 and Channel 5 on programmes including The One Show, Countryfile, Gym Stars, Animal Park, Eat Well For Less, Gardeners’ World, Paddington 24/7, DIY SOS, Bargain Hunt, Flog It!, Big Brother, Antiques Roadshow Detectives and Comic Relief.

Alex has been involved with Just Farmers right from the start, using his camera skills to teach our farmers how to make videos on their smartphones and edit their own content for social media. With the right encouragement and a few insider tricks of the trade, Alex believes everyone can make a film on their phone - telling their own story, with their own words and pictures. 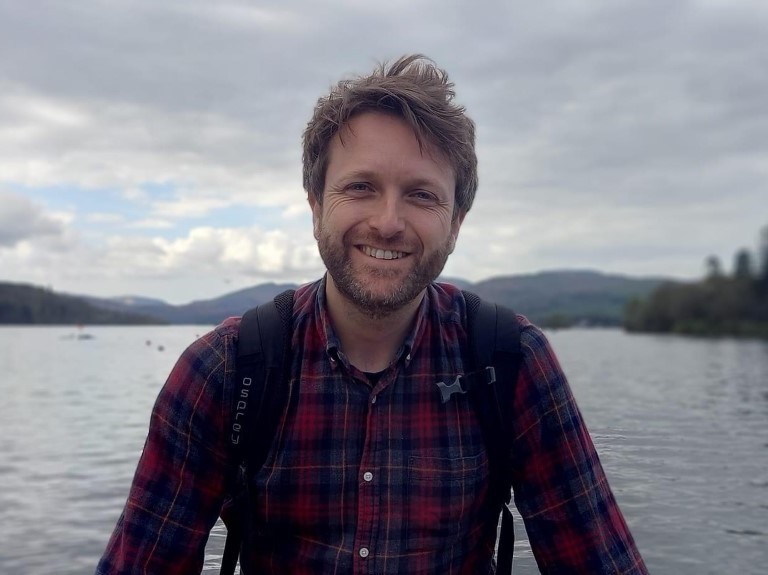