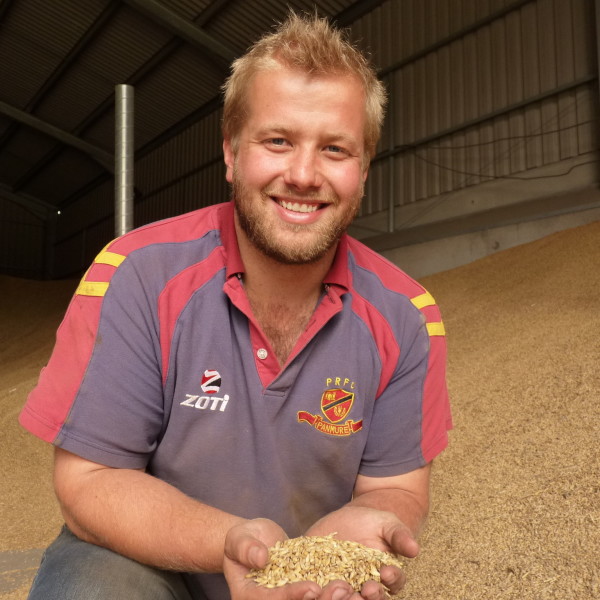 ARABLE, HERTFORDSHIRE: Rory farms 988 acres (400 hectares) in the home counties, just 17 miles as the crow flies from the centre of London. All of the land is tenanted just outside the M25, though Rory also contract farms some land within the motorway’s boundary.

The whole farm is in cereal and oilseed rape production. About 20 years ago the farm was a mixed dairy/arable enterprise but, like many farms in the south east, the livestock disappeared, and cropping became the focus. These days the old dairy buildings house a large livery yard with 45 stables, a vital diversification for Rory’s family.

Rory farms with his dad, uncle and cousin; who are all partners in the business. They do everything themselves with their own machinery – ploughing, drilling (planting), spraying and harvesting. They also do contracting work with their fleet of John Deere tractors and kit. Rory also has a second job in the winter months driving the road gritter at night.

He has been working on and off the farm since he was 16 but went full-time in 2017. The family have been farming for four generations. Rory’s great-grandfather moved to Hertfordshire from Scotland in 1910 to sell milk and beef into London.

His favourite thing about farming is being outdoors and doing something different every day. What Rory enjoys least is the lack of control over the things that make the difference between profit and loss – such as grain and fertiliser prices, the weather, Government schemes and the subsidy system.

Rory is a keen rugby player and enjoys country pursuits like shooting, hunting and walking.

Rory has a big interest in food and cooking. Together with his brother he has set up a business called Wild Hill Kitchen, producing homemade biltong, a South African dried meat product.