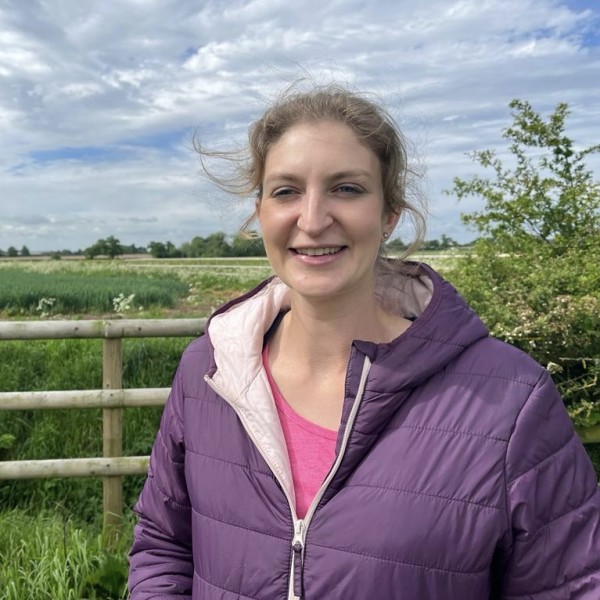 GOATS, COWS AND PIGS, KENT: Chloe and her husband David farm goats, cows and pigs across various locations in Canterbury, and run Oink and Udder and Goatally Soaps from their small house nearby.

Oink and Udder produces high welfare meat whilst educating the public about farming. It is hoped that a micro-dairy will be added to this before long. The couple believe that consumers have lost touch with where their meat comes from so aim to promote eating ‘better meat less often’ while showing people how the meat gets to them. As former vegetarians they are passionate that good meat can be eaten sustainably if it is farmed well and eaten with an environmental conscience.

Chloe and David rent several patches of land near Canterbury and try to match organic standards whenever possible. To minimise external inputs, they have built a small butchery where they can cut, package and label their own meat.

The couple currently have a herd of around 40 pedigree Large Black pigs consisting of three breeding sows and their offspring. They also own 16 cows (a mix of Jersey, Shetland, and Dexter) and a 10 Anglo Nubian goats. They sell the meat - pork all year, goat and beef seasonally - direct to customers alongside their own goat milk soap.

Both ex-teachers, they bought a herd of goats when Chloe gave up teaching, and it snowballed from there. They developed Goatally Soaps followed by Oink and Udder, and have increased their acreage from one acre with four goats to around 13 acres and 60 animals.

The couple enjoy working for themselves outdoors alongside their animals. And they love forging a lifestyle and business they truly believe in, while giving their two young boys a free-range childhood.

However, farming is an emotional rollercoaster, and while from the outside it can be easy to view agriculture with rose-tinted glasses, the reality is that it can be very isolating.

Chloe and David feel that now is the perfect opportunity to promote British farmers, particularly small independent businesses. Recently, TV programmes have brought farming to the public’s attention but people still do not appreciate the journey that takes place to put food on their tables. This is important, particularly in the face of climate change, and the couple are convinced that everyone must think more about their lifestyle choices and the impact these have on the world.

Away from farming the couple enjoy long walks in the countryside, wild swimming and cooking. They met at a local choir so both enjoy group singing, and David unicycles when he can.

As former vegetarians, Chloe and David are interested in the public vegan versus farmer debate. While they feel that programmes like BBC Horizon’s ‘Feast to Save the Planet’ are often helpful and insightful, most media presents two opposing arguments, forgetting the middle ground. “These issues are made out to be dichotomous and this does not need to be the case,” the couple say.

“While those who want to be vegan help to reduce the world's dependence on meat, it would be just as effective, if not more, if everyone simply ate better quality meat less often.”

They advocate a mixed diet of vegan, vegetarian and meat-based meals to benefit health and the environment while reducing reliance on the largest factory farming models. And although they feel that large farming practices need to change this does not mean they must cease to exist.

David and Chloe were interviewed for a local newspaper about their lifestyle and Goatally soaps. They have also been interviewed various food programmes on a local radio.

Oink and Udder was recently a finalist in the "Start up food and drink business of the year" category of the Taste of Kent Awards.