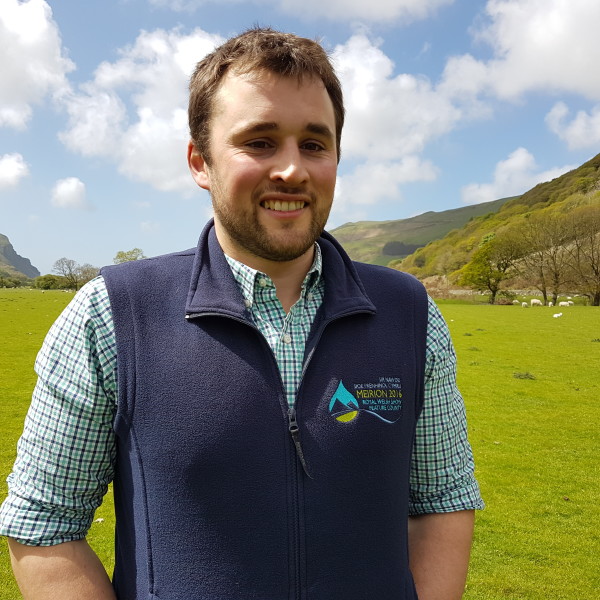 BEEF & SHEEP, MID WALES: Dafydd farms with his parents and brother on the edge of Cardigan Bay in Wales, running a flock of 1,400 Welsh Mountain-cross-Aberfield sheep and a herd of Aberdeen Angus cows.

The family farmed pure Welsh Black cattle and Welsh Mountain sheep for many years, and with great success. But Dafydd – the third generation in the business – feels these traditional breeds have not kept pace with developments in modern farming. It’s all about ‘feed conversion’ – the animal’s ability to convert forage (grass, hay and silage) into bodyweight (that is, kilos of meat). In Dafydd’s view, the cheapest and most efficient way to rear an animal is on a grass-fed diet. Much of Wales is unsuitable for growing crops, but grass production suits the farm's soil type ideally.

He started dabbling with different genetics in 2010, starting with 10 Lleyn ewes. He says: “These proved to be a cracking choice. Not as hardy as the Welsh but produce much better lambs.”

The cattle changed too with the purchase of an Aberdeen Angus bull for breeding. Dafydd noticed the calves were much easier to look after than the more temperamental Welsh Blacks. He says: "Gone were the days of calves not suckling, needing constant attention and being very labour intensive."

For instance, Aberdeen Angus calves are ‘polled’, meaning they're born without horns. This means no more de-horning on the farm (removing the calves' horns for safety reasons).

Nearly a decade later and the herd is made up of mostly Angus cows.

More recently ‘Stabiliser’ genetics have been introduced into the herd. This modern cattle breed was first developed in the US in the 1970s and is a four-way cross between Simmental, Red Angus, South Devon and Gelbvieh.

Dafydd bought a Stabiliser bull and 20 heifers in 2017. He says: “We gave this breed a go because they pride themselves on being second to none on daily live weight gain through a forage based system, with an emphasis on mothering ability and performance rather than looks!”

Big changes on the sheep side too, switching to Aberfield rams through a professional breeding program called Innovis. Dafydd says: “Their emphasis on producing an animal that thrives on grass is something that the sheep world has long forgotten here in the UK, and I believe something that many should be adapting their focus on.”

But it isn’t easy to swim against the tide. Traditional family farms in Wales are remain very committed to traditional, native breeds. It is a point of national pride, part of Welsh farming culture and Dafydd has faced criticism for turning his back on it.

But with questions over the UK’s future trading relationship with the EU after Brexit, he has concerns about the export market on which Welsh farmers depend. He believes switching to a larger, grass-fed lamb is more likely to meet consumer demand in the future.

Dafydd has been farming since the day he could walk. “If I wasn’t outside, I was inside playing with the toy farm,” he says.

He considered going to university when he was 18 but when an opportunity came along to expand the farm and take on an additional 180 acres (73 hectares), he decided to stay at home and farm full-time.

If trying to contact Dafydd, there is no mobile signal on the farm. He uses WiFi calling wherever possible.

Sits on a local discussion group (like-minded farmers come together to use technology to improve their businesses and collect data.)

Various radio interviews in his former capacity as YFC chairman.

Appeared in a NFU newsletter which focuses on YFC officers every month.