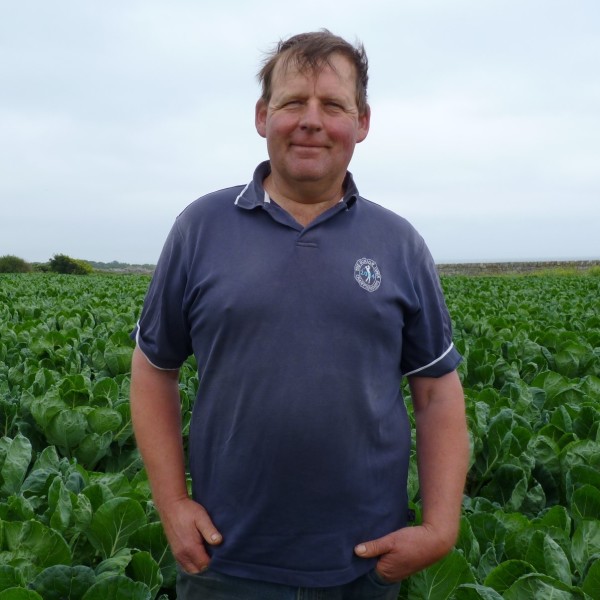 Harvest is done with in-field machinery and teams of migrant workers, mostly from Poland. The vegetables are sent to a local processor for sorting and packing and sold in supermarkets across the UK.

Alan’s great-grandmother and grandfather started the farm, originally with a dairy herd. Over the years crop and vegetable production proved to be more profitable. There hasn’t been any cattle on the farm for 15 years, though some ground is rented out for grazing sheep. Today Alan works in partnership with his brother and cousins.

Like many farmers Alan has a second income. He does contract spraying. This means other farmers hire him to treat their crops with pesticides and herbicides. Chemical plant protection products have come under fire increasingly in recent years, but Alan believes they remain a vital tool for farmers and growers. It’s one of his favourite jobs along with planting crops and driving the combine at harvest time.

Alan works with the RSPB to grow wild bird seed for corn buntings and also plants cover crops using a mixture of barley, oats, triticale, phacelia, radish, buckwheat, linseed and sunflowers. All of which are great for insects and wildlife.

Alan is on a mission to promote veg. He wants to change the perception of the humble sprout, encouraging us to eat more of them, more often. According to Alan, a sprout isn’t just for Christmas.

Alan enjoys curling and skiing during the winter months and spending time with his son Angus.

One interview in the local newspaper, The Courier, in 2017 when he won the M&S Farming for the Future award at the Royal Highland Show.