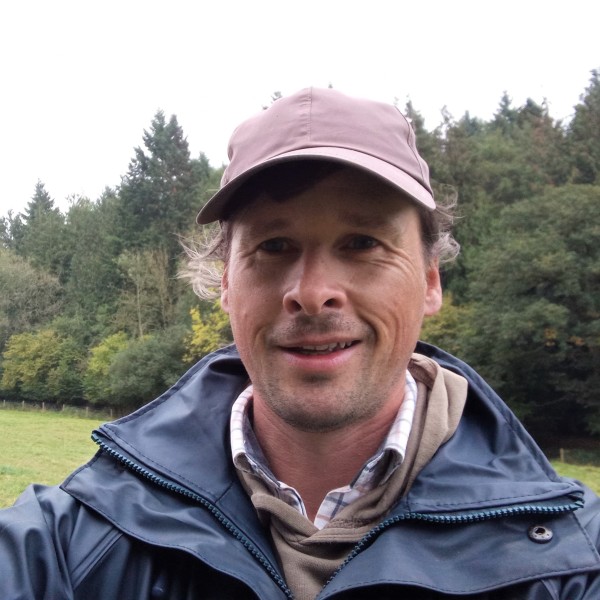 BEEF, GLOUCESTERSHIRE: Matt and his wife Laura rear pedigree Hereford cattle on their 110-acre (45ha) National Trust farm on the Sherborne Estate. The suckler (breeding) cows and beef herd are 100% grass-fed and certified under the Pasture for Life scheme. The farm is a combination of herbal leys (mixed grass and herb), permanent pasture, and historic parkland.

The farm has a small flock of sheep bred for meat, and offers off-grid glamping. There are also plans to branch into free-range pastured egg production.

The couple want to be a productive example of environmentally focused farming and are motivated by sustainable farming practices; central to their own farm is mob grazing (where cattle are moved to fresh pasture frequently to maximise grass growth) and the exclusion of artificial inputs; a must in Matt’s eyes in the pursuit of a more sustainable future.

The cattle graze naturally fertilised multi-species pasture (a mixture of grasses, legumes, herbs, and wildflowers) – the diverse forage has multiple benefits for cattle health and meat quality, as well as improving soils and providing balanced eco-systems for healthy insect and pollinator populations.

The couple also considered the suitability of the cattle on their farm; they purchased the herd from a farm which was selectively breeding for the best grass-fed genetics, to ensure cattle thrive on a 100% grass-based diet.

They sell their produce directly to the customer through a beef box scheme, with the glamping bringing in another income stream.

Public awareness of food production is a particular interest of Matt’s and he enjoys sharing his farm and experiences; from regenerative practices to cattle rearing, farm biodiversity and the end produce. But his real satisfaction lies in farming for nature and producing high quality products that he is proud to sell direct to customers.

“I am concerned when I see all livestock production tarred with the same brush by some elements of the media – the issues concerning farming and the environment are not as simple as is often portrayed,” he says.

He and Laura are extremely invested in farming - both emotionally and financially - despite coming from an entirely different world. Matt previously worked in forensics and intelligence for Avon and Somerset police. On a joint career break they spent a year WWOOFing (working on organic farms) across the UK and Ireland.

As a result, in 2014, Matt took a farm worker position on a 300-acre (121ha) organic farm in Eastleach, Gloucestershire and started studying part-time for a graduate diploma in Agriculture at the Royal Agricultural University, Cirencester. In 2018 he graduated and the couple secured their current farm tenancy.

Aside from immersing himself in the farm and natural world, Matt enjoys spending time with Laura and family and likes music. He also works part-time as a facilitator in the Cotswolds for the Pasture Fed Livestock Association (PFLA), and on a conventional livestock farm.

Considering himself a regenerative farmer, Matt is focused on how land management can benefit nature and the wider environment. He believes that he can produce the most sustainable and highest quality beef using the farming practices implemented on his farm; increasing farmland biodiversity, building healthy soils and capturing carbon. He also believes that consumers should be interested in how and at what cost food is produced.

Employee and member of the Pasture-Fed Livestock Association.

In 2019 he featured in a short in-house film for the National Trust.