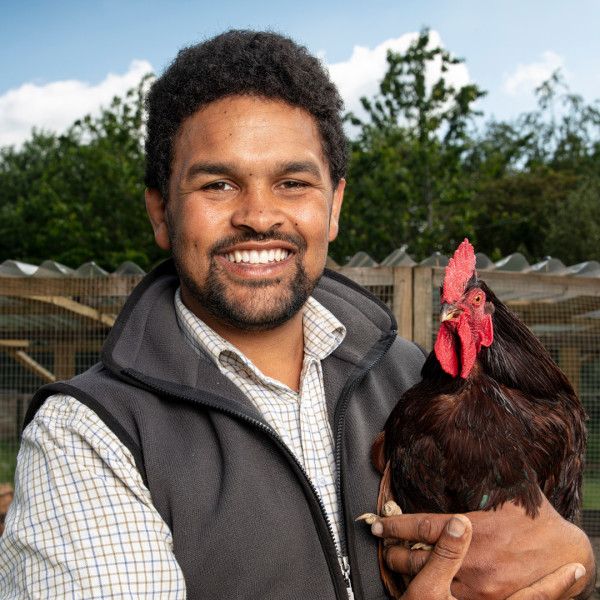 FODDER, STRATFORD-UPON-AVON: Arron is Farm Manager for a company called Avon Estates Ltd. in Warwickshire. A relatively new role for Arron, he manages 250 acres (101ha) of grazing land, looking after the general upkeep of the land (hedges and wildlife etc.), with a view to potentially add livestock to the farm and make some changes going forward. Drawing on his knowledge of hay making and haylage over the last seven years, he’s keen to help the agricultural industry to aim for net zero by 2040.

Prior to this Arron worked for a company called Equi-Grass, which is based on the Warwickshire / Oxfordshire border. His boss was a tenant farmer on the Compton Wynyates estate, owned by Lord Northampton. They specialise in making top quality horse forage from 700 acres (283ha) of grass and 300 acres (121ha) of wheat.

Before starting in the agricultural industry six years ago, Arron was a track rider and jockey in jump racing. He left this industry after a chance encounter while planning his wedding. While searching for a wedding band, he and his partner went to watch one at the local pub. He got speaking to the lead singer who was looking to hire someone in his day job, and Arron took up the offer. Since then he has developed a love and passion for the industry, striving to make the best quality and quantity of forage.

Changing industries is challenging at the best of times, and Arron found it hard being the only person of colour while he was racing. Moving to agriculture was equally difficult at it’s a predominantly white industry, which is something Arron would like to change. He sees Just Farmers as a way to promote British farming and encourage people from different backgrounds to join the industry.

Arron likes working outside, the community, always learning and eating his own produce – all of which give him great job satisfaction. He’s hoping to start his own flock of sheep in 2022 and build that up.

Outside of farming, Arron enjoys skiing, rugby and shooting.

Through showcasing both farm and family life on Instagram, Arron has come across numerous mental health issues related to the industry and dealing with these is something he wants to support. He has also set up his own YouTube channel to show people how he juggles farming and family life.