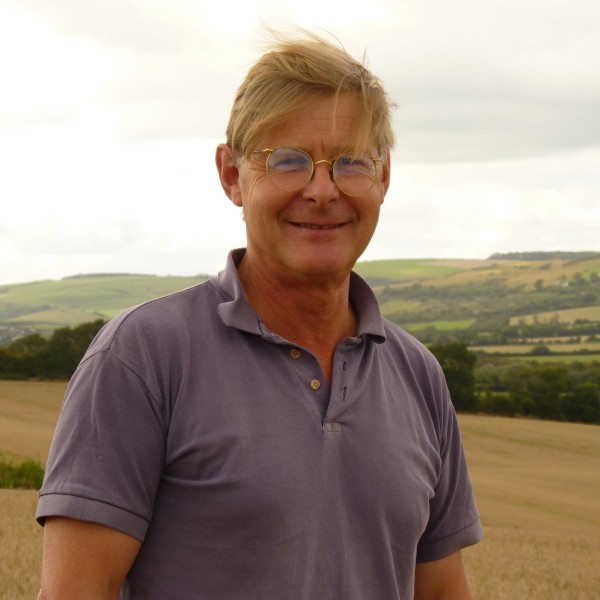 PIGS & ARABLE, DORSET: Robert farms 395 acres (160 hectares) in the Corton Vale. Most of his land is in arable production, growing wheat and maize on 321 acres (130 hectares).

Much of Robert’s crop production goes towards feeding his 250 sows. He weans and finishes (fattens) all the pigs on the farm. At around five-months-old they are sent for slaughter and sold to a large processor called Tulip. It was bought out in 2019 by the Brazilian-owned meat company JBS. Robert’s pork is sold in British supermarkets and is licensed for export to China and India.

Robert used to run a fully outdoor system but switched to indoor pig production in 2007. This has enabled him to increase productivity significantly. He also believes it has improved the pigs' welfare, and that of his staff. Robert says: "The pigs are now kept in straw-covered yards, which are cooler and shadier in the summer, and also provide better shelter in the winter than an open field."

The sows farrow (give birth) in a slatted unit, inside free farrowing pens known as ‘360s’. These are different to conventional farrowing crates in that the sow has more room and can turn around freely. If needed, the pen can be shut to prevent her from lying on her piglets or protect farm employees who need to enter the pen.

Robert invested £200,000 converting to free farrowing pens in 2014. At the time they were approved under the RSPCA Assured scheme as a higher welfare option, which earned a price premium. However, the RSPCA has since increased the pen size required, which means Robert’s system no longer conforms to their rules. His pork can no longer be sold under the RSPCA Assured scheme - a considerable loss of income. He was also in the Co-op’s Pork Producer Group until the retailer changed their rules stipulating all their pork must be outdoor bred. This means he can no longer supply the Co-op with pork.

Robert, like many farmers, must respond and adapt to changing rules and shifting trends around animal welfare. It can be very costly predicting the long term market trends, but it’s increasingly the reality for modern businesses. Robert is determined to weather the changes so his farm can be passed on to his two children.

He also has 49 acres (20 hectares) of permanent pasture on the farm, which has recently been entered into the Countryside Stewardship scheme with cover crops and wildflower areas.

One of the most interesting features on Robert’s land are the towering electricity pylons which climb the hillside next to his home and farm buildings. They dominate the landscape. Robert has agreed to take part in a pioneering project to bury the electric cables underground – removing the pylons completely. It is purely for aesthetic reasons, to improve the view and is funded by consumers over the lifetime of the project. Work has begun.

Robert plays tennis every Thursday and does lots of cycling and mountaineering, including climbing a 6,000 metre peak in Nepal. He enjoys hunting and shooting. And he’s a Nuffield Farming Scholar.

Robert is a second-generation farmer. His father started out with a small farm in Surrey before moving to Dorset in 1963. The farm had been abandoned for two summers but he breathed new life into the land by farming beef cattle and sheep, growing various crops and raising turkeys for Christmas.

Robert’s farming career coincided with the era of specialisation through the 1980s and 1990s; moving away from the traditional mixed farming model towards more intensive practices. The cattle, sheep and poultry disappeared and Robert chose to focus on pigs.

His interest was sparked when he was 15-years-old and his grandfather gave him £50. He was told to invest it so Robert went to Yeovil livestock market and bought a sow. She had 22 piglets. He fed and cared for them every day before and after school and, when they were ready to be sold, he made enough profit to pay for a trip to Kenya. In Robert’s words: “I was hooked.”

In 1994, after working as a farm consultant for a few years, Robert set up his first commercial pig unit. He’s been farming pigs ever since.

Robert’s wife Holly is an artist and has a studio in an old stable block on the farm. Robert isn’t afraid to admit that, during tough times, Holly’s artwork has been more profitable than the pigs. www.hollylasseterdesigns.co.uk

Former board member at AHDB Cereals and Oilseeds, Wessex Grain and previous office holder at the National Farmers Union (NFU).

Interviewed on BBC News the morning Foot and Mouth Disease was confirmed in 2001.