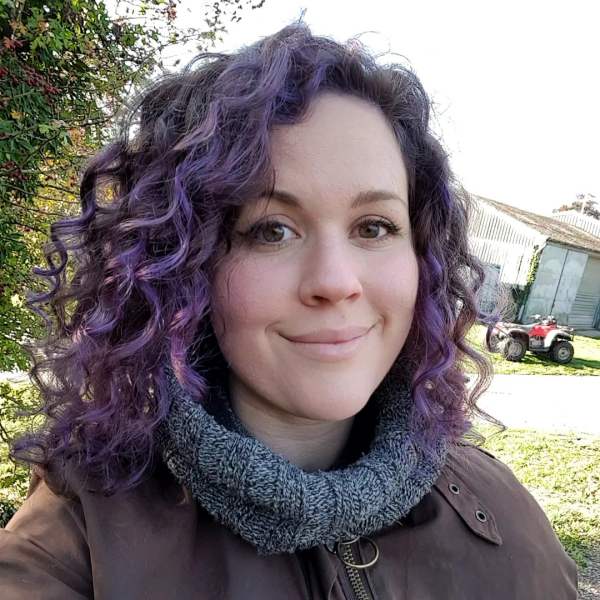 BEEF CATTLE, ARABLE, WARMINSTER. Frankie and her family farm 600ha of land owned by the Ministry of Defence (MoD) on Salisbury Plain, which means farming alongside – and sometimes in the middle of – military exercises. Tanks, helicopters, and escaped cattle are par for the course. They are in a number of environmental schemes and have both organic and low-input systems.

About five percent of the farm is on an Agricultural Holdings Act tenancy (giving a right to succession) with the rest on a grazing licence. About 300ha is a Site of Special Scientific Interest (SSSI). The entire farm is managed under either the Countryside Stewardship Scheme or rules from MoD ecologists. The management of the SSSI land focuses on conservation grazing and protection of archaeological sites. The remainder of the farm has more productive grassland; the management approach there is more akin to regenerative agriculture. The holding is 93% organic grassland, the remainder is conventional arable.

Before taking on the farm, Frankie studied French at University College London before working primarily in recruitment in Bristol, London and New Zealand for about six years. The more time she spent at a desk the more she wanted to return to the farm, but her parents did not think there was a secure and safe future in agriculture.

Fortunately, she won them over and Frankie has been working with them for the past six years. They keep 120 suckler cows - mostly Aberdeen Angus x South Devon – plus youngstock. The cattle live outdoors year-round and are moved from pasture to pasture (contained by temporary electric fences) every week. It is an extensive system with all animals entirely pasture-fed. The youngstock are moved to Frankie’s non-organic neighbour’s farm for six months before they are sold as non-organic stores at around 22 months old.

A neighbour carries out the work on the arable land. Historically the farm has produced a mix of spring barley and herbal leys. Under Frankie’s new Stewardship scheme, the entire arable area will be used for herbal leys, pollinator plots and winter bird food plots for the next five years.

Until 2012, her parents ran The Real Meat Company, which was one of the very first high welfare, ethical meat producers. The family continues to maintain these principles and Frankie hopes to resurrect the name and sell beef direct to the public one day.

She also wants to diversify the farm, to offer a service or learning opportunities to the local community, but bureaucracy within the MoD has prevented her from putting this plan into action. Being a tenant, dependent on environmental payments, Frankie finds the relative powerlessness over her destiny to be extremely isolating.

But combining the farm with occasional freelance work in photography and website design allows her to blend her interests in animals, the environment, technology, nature, and education in a beautiful setting. “The fact that ‘Bring Your Dog to Work Day’ is every day is a bonus! It provides a level of emotional fulfilment and job satisfaction that you simply can’t get elsewhere,” she says. “It’s been a huge learning curve with many challenges along the way, but I wouldn’t change it for the world.”

When she has time, Frankie enjoys photography, travel, weight training and sticking her nose in a good book.

The environmental impact of cattle farming is a thorny issue: Even though Frankie’s inputs are minimal, enteric fermentation in the cows’ rumens contribute significantly to the UK’s agricultural emissions. With the science behind the benefits of regenerative farming and soil carbon sequestration only in its relative infancy, she finds it hard to confidently choose the ‘right’ system.

“National Geographic, Bill Gates, the Food Climate Research Network: They all paint cows as harbingers of environmental doom. I can’t help but wonder, though, is my farm – teeming with rare flora and fauna that depend on cattle grazing to provide the right habitat – really worse for the environment than intensively farmed cattle that spend their lives in artificial conditions?”

She feels that efforts need to be focused on helping consumers choose the ‘right’ way to consume high welfare meat that isn’t produced at the expense of the environment, and on effecting systemic change and making climate-friendly farming methods the status quo. However she finds it difficult to imagine the government or supermarkets shifting the system to ensure that the ‘right’ meat is accessible to all, not just people who are privileged enough to be able to seek it out and / or afford it.

“I would value the opportunity to engage with others on the ins and outs of food production. It is disquieting how disconnected the public are from the land that produces their food. Not to mention the different ways in which food – particularly meat and dairy – is produced.”

The farm belongs to a small tenants’ association.

None, although parents were frequently interviewed about The Real Meat Company and the farm served as a location for a reality show called “The Farm”.