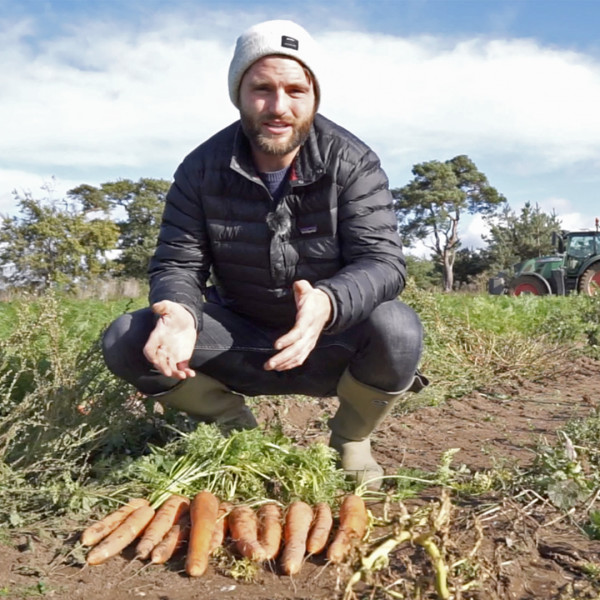 HORTICULTURE, NORFOLK: Jack is a director of Alfred G Pearce, a root vegetable growing and processing company. He is the third generation to run the company, which supplies food manufacturers and retailers in the UK and Europe.

The business was started by his grandfather, Alfred, in the 1950s, and now it supplies 30,000t of prepared ingredients - home or contract grown with partners each year – with a specialty in carrots and parsnips.

Jack went to university with the intention of going in sports marketing, but ended up in food marketing, which led to starting a food services business supplying restaurants with local and specialty produce. Four years later and he took a full-time role in the family business. He doesn’t feel that he is a traditional farmer, but likes the variety of being in the board room of a major food manufacturer one day and trying to fix a harvester the next.

He is extremely passionate about the outdoors and nature, both of which farming allows him to be close to. The complexity and scientific nature of agronomy and farming amaze him – especially as growing seems a simple concept from the outside. He feels that there are always things to learn or understand.

But he also feels that there is still an art to growing through the gentle manipulation of nature to produce food for human consumption. “I love that juxtaposition between something that is so intuitive and ancient and something that’s so precise and scientific.”

However, Jack finds the low price of food is a less enjoyable element. Though he believes that society should have access to good value, healthy food, he believes the UK takes cheap food for granted. He feels that the hyper competitive nature of the British retail industry undermines quality and good practice, and having to sell under the cost of production is soul destroying.

However, things are changing and he feels that his customers are realising that they need a well invested supply chain or risk devaluing their own products. “I believe we cannot sit and ‘moan’ that people do not understand the issues within

Aside from running the family business, Jack enjoys triathlons, running, kite surfing, swimming, skiing and sailing – anything outside. He also loves cooking and eating.

Jack feels there are many issues that affect most growers, like the loss of pesticides, soil sustainability, climate change and extreme weather. However, the biggest challenge for his business is finding good quality people to work safely in its processing facilities.

The industry has benefitted hugely from the hard work of its Eastern European colleagues but these may not have been communicated clearly to consumers. He believes that farming businesses could have been more aware of the negative discourse within their communities and worked to resolve these through the media and within the public arena.

The company is a member of the British Carrot Growers Association.

Jack appeared on ITV’s Britain’s Best Dish in 2009 while at university. The company has also featured in regional press, Radio 4’s Farming Today and the BBC news.