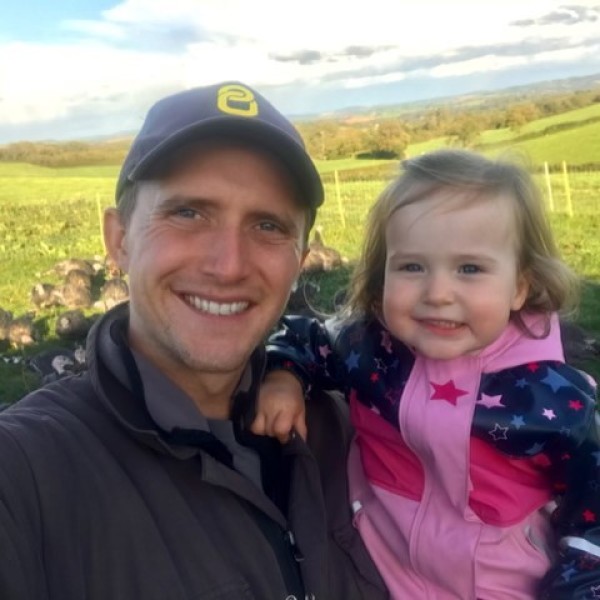 PIGS, CATTLE AND TURKEYS, BRISTOL: George is a sixth-generation farmer and farms with his wife and parents overlooking the Yeo valley.

He runs an intensive pig unit, buying in 475 young (store) pigs at 38kg every six weeks and rears these over an 11-week period until they reach 110-120kg and are ready for slaughter. There’s then a week to clean out and undertake maintenance before the next batch arrives, meaning there are two batches of pigs on the farm at any one time. They are fed on liquid feed consisting of barley, soya, minerals and a waste product from the cereal processing industry.

The farm is also home to a suckler herd of cattle, which means the calves are reared on their mothers. Historically continental breeds of cattle have been used for their lean meat and fast growth, however George is now changing the breeding program focusing on native breeds such as Angus and Hereford’s to manage the herd more holistically, mimicking nature on a 100% forage (grass) based system, with the best heifer’s (female) calves being kept for breeding stock and everything else taking through to slaughter. Georges long term aim is to market all of the meat direct to consumers, as he sees this as a vital way to make a small beef enterprise profitable.

For the past three years George has produced Christmas turkeys, with customers passed on by retiring relative. The farm sold 230 turkeys for Christmas in 2020, up 45% on the first year of production. This new enterprise has opened Georges eyes to the enjoyment small scale, direct to consumer agriculture brings and has sparked interest to expand into other direct to consumer enterprises, the next one being ‘Pastured chickens’ which he hopes to be in production later this year.

One of George’s favourite things about farming is that he is able to see his family at breakfast, lunch and dinner – something he feels is a real luxury of the job. He also loves seeing animals grazing fresh pasture every day, as well as selling the turkeys direct to customers whose lovely feedback he finds humbling.

George enjoys cycling, walking the dogs and spending time with his wife and young daughter’s. One day he hopes to find time to get into climbing.

George has developed a keen interest in regenerative agriculture and improving soil health as he sees their importance on the entire ecosystem and producing nutrient dense food. He believes that a lot more can be done to improve the environmental impact of human behaviour and human health by looking closer at how soils are managed.

Though a lot of media attention accuses beef farming of having a negative environmental impact, George highlights that rearing cattle on well managed grazing actually allows for the sequestration of large quantities of carbon.

A small livery stable and a B&B.