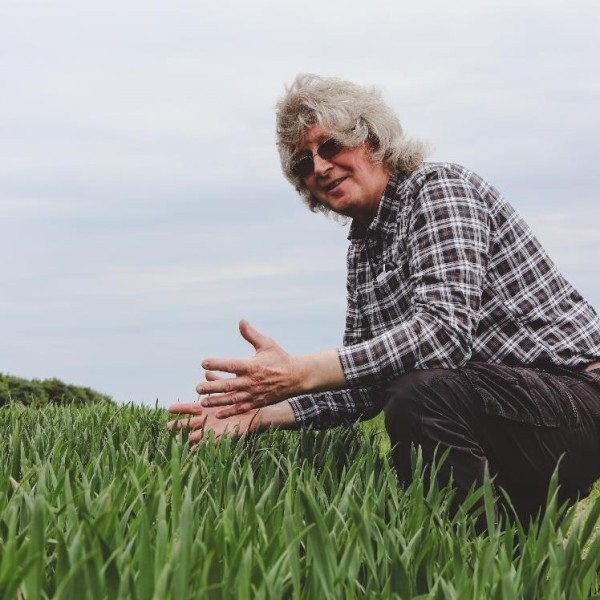 ARABLE, ESSEX: Robert farms cereal crops on especially tricky clay soils on the Essex/ Hertfordshire border, which he and his late wife, Diana, took on the tenancy in the mid-1980s.

The soil on his farm is known as Windsor series London clay and is what London bricks are made from. Some of his fields were previously claypits and are named as such: Burnt Field and Brick Mead.

Most of the land was first ploughed in the 1941/42 ‘Dig for Victory’ campaign and half what Robert now cultivates had never been farmed before the Second World War. Though modern techniques allow him to continue to manage the land, it still has the characteristics which made it unmanageable to every generation of farmers since the Romans. On challenging days, Robert feels the land could fall out of agricultural production during his tenure due to economic pressures.

He is an advocate of balancing both modern technological methods and traditional respect for soils and the environment, by practising LEAF’s (Linking Environment And Farming) integrated farm management. This means attention to detail with appropriate and efficient use of inputs, while adopting innovations and technologies that boost productivity and protect resources.

However, the business isn’t always able to invest in the newest technology so Robert co-operates with other local growers to improve efficiencies, with varying levels of success.

The most significant venture has been his membership of Camgrain – a farmer owned grain storage co-operative. Not only has this given Robert a great sense of pride but access to Camgrain’s facilities has enabled him to achieve his philosophy of concentrating on high quality crops for human consumption, instead of maximising yield, on a yearly basis.

Robert is also a qualified agronomist (crop doctor) and member of the BASIS professional register – an independent organisation that works across the land management and food production sectors to raise standards through auditing schemes and qualifications.

Robert’s motivation for this is largely so he can make his own decisions about agronomic inputs, especially when choosing not to apply some pesticides (chemical products used to eliminate unwanted weeds, crop fungi and insects).

The variety of daily life and having a responsibility for the environment are Robert’s favourite aspects of farming, however, he can find the endless to-do list somewhat overwhelming.

Robert considers himself an environmentalist and is proud of the achievements made on his holding, especially as it has such little natural capital. He works with the London Naturalist Society to monitor wildlife on the farm and does his utmost to only use insecticides on rare occasions, sustaining and encouraging bird species through Integrated Farm Management practices.

A wedding and event business in redundant farm buildings.

Several articles in The Guardian and some pieces on local radio.