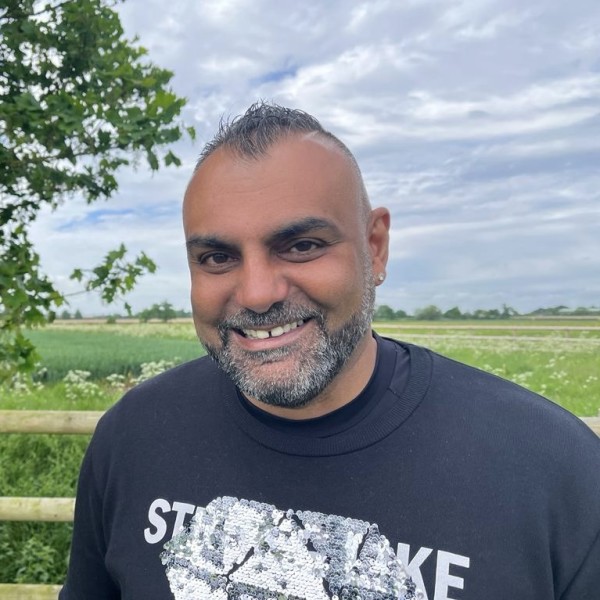 SOFT FRUIT. Bal and his family run Vicarage Nurseries in the Vale of Evesham alongside his team of 10 full-time staff and 200 seasonal workers. Growing 1,400t of strawberries (4 million punnets) and 100t of raspberries each season on 136 acres, the business supplies UK retailers as well as wholesale and farmers’ markets.

The farm and business have grown greatly since his parents first started it on seven acres in 1997, after moving to the UK from Punjab in 1994. Bal joined his parents on the farm in 2009 as a stop gap and loved it so much he stayed – and he’s built a community.

As the only known Asian grower in the UK he brings a different insight to farming, with his culture and Sikh faith influencing his core values of community, sharing, and inclusivity. He sees the business as a collective with each person bringing their own value and set of skills – he freely admits that there are people within the team that know a great deal more about growing strawberries than he does. “Sharing brings much more happiness than keeping success to yourself" he says "it’s really important to me that everyone feels part of the team as an equal."

While he hates the red tape that comes with the industry, he absolutely loves the open air, the people and the variety of the job, which throws up unknown obstacles every day.

Bal is a keen fundraiser and as part of the Growers United FC (for charity, for community) – a collective of growers and businesses raising funds for charities and communities locally and nationally – GUFC have raised over £250,000 to date through organised events.

The fruit sector is really struggling with access to labour in recent years, which Bal finds very frustrating. “Due to the labour shortage we have suffered as a whole industry, which in turn has seen many farms leave crops to rot, all while we are still importing.”

Has been interviewed on Countryfile by Adam Henson, as well as by Sir Terry Wogan and Mason McQueen for their television series, and on local and national news. He is keen to help the media to highlight the work that growers and farmers do in a positive way.