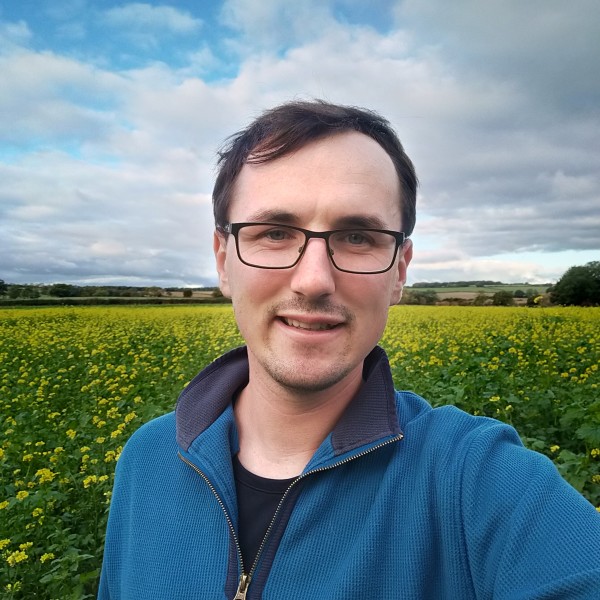 ARABLE, OXFORDSHIRE: Matthew Izod farms with his father on their 500 acre (202ha) arable farm. He has a keen interest in conservation agriculture, so a fifth of the farm is in its second year of direct drilling (sowing without turning the ground through ploughing).

Matthew believes farming is part of the climate change solution and can be profitable without having a detrimental impact on the planet.

The Izod family have a passion for wildlife and are constantly looking at ways to improve habitats and minimise the impact on wildlife around the farm. Cover crops (making sure the soil is never bare) and direct drilling are already implemented on part of the farm’s acreage and will be extended in the next five years. Matthew believes the benefits from these practices will make the business more resilient in tougher years.

A real concern of Matthew’s is how farming can be portrayed by the media, giving the public the impression that farmers are destroying habitats and making poor decisions on purpose. He is perturbed by the lack of understanding around how hard it is to make a living and provide quality products for consumers.

He also has concerns on the impact this has on mental health and on young people making career choices, as they can be put off joining the industry due to the negative messages being portrayed.

But he feels positively about the use of social media within the farming sector, showing what is happening on British farms and the efforts to improve local areas and wildlife habitats.

Living on the family farm all his life Matthew has fond memories of playing around the farm as a child. But after school he pursued an equestrian career – five years later an opportunity arose on the farm, and he hasn’t looked back since.

Every day is different for Matthew and his family, and he enjoys being able to work for himself and controlling his own success.

He believes that looking to the future and keeping up with evolving techniques is a vital part of making the farm business more efficient and sustainable. And the next generation is a huge driver to make the farm a success after becoming a father himself – he hopes to be able to give his son a great start in farming when his time comes, should he wish to enter the industry.

Away from the farm, Matthew enjoys finding peace in the countryside from a saddle – be it on his mountain bike or horse riding with his wife. The family also enjoy visiting different parts of the UK in their caravan throughout the year.

The role agriculture has in mitigating climate change and supporting farmland habitats are key focuses for Matthew. He sees appropriate regulations and encouragement as important tools in helping farmers find ways to improve soils and capture carbon, all part of creating more resilient farms and tackling climate change.

Matthew has been quoted in journals reporting Thames Water’s phosphorus water trials, which the farm was involved in.