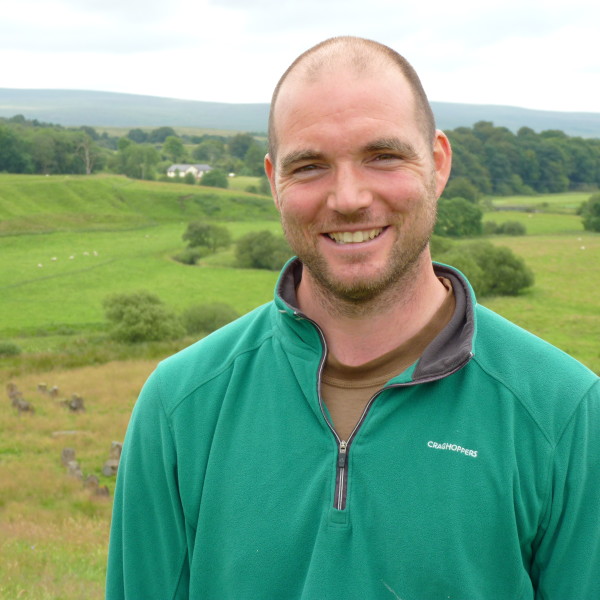 SHEEP, SOUTHWEST SCOTLAND: David farms 5,050 acres (2,043 hectares) on the hills of East Ayrshire. This harsh environment is notoriously difficult to farm and all of the land is classed as Less Favoured Area (LFA).

David set up the farm from scratch in 2004 when high land prices in his native Devon drove him north to Scotland. He was just 17-years-old when he purchased his first 460 acres (186 hectares) on the site of a former open-cast coal mine. The farm was in a very poor state – the land still scarred from the mining operation – and David had to quickly develop a system that would work with these difficult conditions. Progress was slow as the topsoil had to be replaced and the fields reseeded. The soil had lost a lot of its fertility and drainage ability because sand and gravel had been mined, as well as the coal. Even today there are wet and boggy sections of the farm where David daren’t drive a vehicle and can never crop for hay.

Sheep are one of the few animals that can thrive in this environment and David has developed a low maintenance, low input hill sheep system. He runs 2,000 pure Welsh mountain ewes and 1,200 pure Herdwick ewes using Welsh mountain and Herdwick rams, meaning their lambs are very hardy and well suited to their surroundings.

This is essential to David’s system – he needs ewes and lambs that can fend for themselves in a Scottish winter and can be finished (fattened) on a grass-only diet. David has not assisted a ewe whilst lambing for more than 12 years. He keeps medicines to a minimum and never provides supplementary feeding. In short, his sheep have to survive ‘in the wild’ and David’s breeding programme follows the principles of natural selection. He won’t keep any ewes that have difficulty lambing, don’t produce enough milk, have bad feet (lameness) and he never keeps twin lambs for breeding. The environment is too harsh to rear more than one lamb, so David only breeds from ewes that give birth to singles.

The ewes lamb (give birth) in late April / early May to avoid the bad weather and ensure some fresh grass is available for the mothers.

David’s lambs are small and lean – even when they’re ready to be sold for meat. This type of carcass isn’t as popular with the average British consumer which has become used to the larger, meatier cuts sold through supermarkets and most restaurants (most likely coming from commercial crossbreeds, such as Texel or Beltex).

But David’s target market is Europe (mainly Italy), the UK’s Muslim market and cultural cuisine styles that generally prefer a leaner lamb. All of David’s lambs are sold straight to slaughter, to abattoirs in Carlisle and Preston. He does not sell via the local livestock market.

David runs the farm alongside his wife Cora and their two young sons, with the help of his sheepdogs and quad bike. He practices rotational grazing over his improved land, splitting the farm into 36 individual paddocks and moving different mobs of sheep on to fresh grass every two to three days.

David hires contractors to help with scanning and shearing. He also runs his own agricultural fencing business, generating income that’s helped him expand the farm by more than 4,000 acres since 2006.

David is determined to have a life as well as a farm, so makes sure he spends plenty of quality time with his wife Cora and two young sons. They have a family holiday overseas every year so they can learn about other cultures.

The Coopers are starting to diversify into agritourism thanks to a grant from Ayrshire LEADER. They are in the process of renovating a remote stone shooting lodge into luxury off-grid holiday accommodation. The lodge is called Dippal Lodge (www.dippallodge.co.uk), and is located on an area of Special Scientific Interest which is farmed in a sympathetic manner to improve the habitat for local wildlife, including some protected bird species.

Article in the Farmers Weekly when he won Young Farmer of the Year in 2016.

Featured in the 200 Farmers of Scotland book by Eilidh MacPherson.

Appeared on All Over The Workplace (CBBC).

Articles in local newspapers, The Cumnock Chronicle and The Ayrshire Post, in 2009 when he entered the farm into a Scottish Rural Development Programme Conservation Scheme.