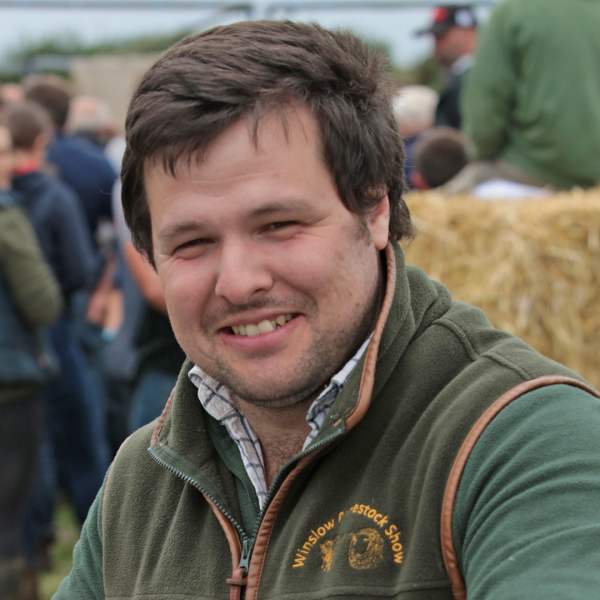 BEEF, BUCKINGHAMSHIRE: Will farms alongside his father in Winslow, Buckinghamshire; across 200 acres of grassland, they have 250 pedigree Aberdeen Angus cattle - the Winslow herd. They regularly sell breeding stock into Europe and bulls into the commercial market. Aside from this, Will also runs a livestock transport and marketing company, covering over 155,342 miles a year and marketing around 8,000 sheep annually, he also recently delivered cows to Jeremy Clarkson.

As a second generation farmer he feels lucky to have grown up on the farm. He has a keen interest in livestock and enjoyed stock judging with the Young Farmers’ Club. He has also been involved in showing his own cattle as well as his uncle’s Holsteins.

Will enjoys producing the best stock possible, while keeping a keen eye on production efficiency by making sure they get the most from their stock with the lowest inputs, focusing on forage based ration wherever possible. He also enjoys the process behind the scenes, dealing with butchers and abattoirs as well as feedback from customers (supermarkets and the major meat wholesaler). However, he dislikes how red meat is portrayed in the media as a carbon killer.

Will loves interacting with the general public and shining the light on what he sees to be an underrated industry. “The public are very willing to listen, it’s just how we talk, and I’d love to talk to more people and promote the industry in any way I can,” he says.

In his spare time, Will enjoys maintaining his fleet of lorries.

One of Will’s lorries was featured on the front page of The Times a few years ago after one of his customers had a spy camera hidden on his pig farm. “A badly placed camera can make even the best farm look awful, it’s an enormous fear of mine and something I feel very connected to,” says Will.

Member of the NFU and Club Leader for the local Young Farmers Club.

He was runner up in the BBC Young Farmer of the Year in 2011 and has since enjoyed being asked to speak at events for Young Farmers and the WI, among others, he has also used his public speaking skills when asked to commentate on the sheep section at the Buckinghamshire County Show.