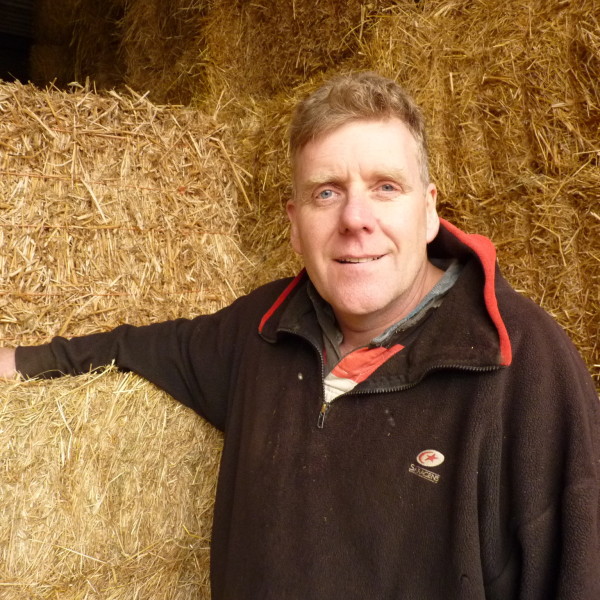 PIGS AND ARABLE, SOMERSET: Patrick farms 450 acres (182 hectares) growing beans, wheat, barley, oilseed rape and grass for hay. His crops grow with the help of lots of pig muck, which reduces the need for synthetic fertilisers.

Patrick doesn’t breed his own pigs. He buys in 250 weaners from another farm every six weeks for fattening. The pigs which come to Patrick’s farm were born outdoors and weaned off their mother at four weeks old. They weigh around 7kg when they arrive and will be fattened to about 105kg. By the time they are ready for slaughter the pigs are five to six months old.

Patrick sends 80 bacon pigs to the abattoir every fortnight. It is a continuous, rotating system and there can be around 900 pigs on the farm at any one time.

It was Patrick’s father who set up the farm. He bought 10 acres (4 hectares) in the late 1960s and started farming with 90 sows (female breeding pigs). In the years that followed they got up to 220 sows and used to feed them on milk, ice cream, Guinness and yoghurt.

Patrick didn’t join the family business straight away. He studied agriculture for three years at college and worked in Canada for a year on a dairy farm and broiler unit. He looked after 250,000 chickens and milked 300 cows three times a day before returning home to farm pigs.

Patrick is a rugby coach for his local club. He enjoys live music, going to the cinema and sitting on the parish council.

Patrick is interested in farm education. The Department of Environment, Food and Rural Affairs (Defra) used to subsidise school visits as part of the Entry Level Stewardship (ELS) scheme. Patrick converted an old barn into a classroom and welcomed 2,500 visitors, mainly schoolchildren, a year on curriculum-based visits. Funding was withdrawn in the mid-2000s and the classroom has become a storeroom, largely unused. Patrick feels this is a great shame. He can’t afford to subsidise school visits himself but, more importantly, it prevents children from learning about food and farming.

By the time Patrick took on the family business in late 1990s he could see the farm couldn’t survive on pig farming alone, so he started to diversify. Today he has a 46 acre (19 hectare), 10.9 megawatt solar park. He also makes an income from renting the grazing among the 43,000 solar panels to a local sheep farmer. He takes in green waste from the local authority for on-farm composting. He grows miscanthus as a biomass energy crop and leaves six metre grass/ flower margins on the edge of fields under environmental stewardship. But Patrick’s most novel diversification has to be the crockery hire business. In one of the farm buildings there are 3,000 pieces of crockery and 2,000 wine glasses, which are hired out for weddings and corporate events. It is valuable extra income, insulated from the volatility of farming. Plates hold their value better than pigs at times!