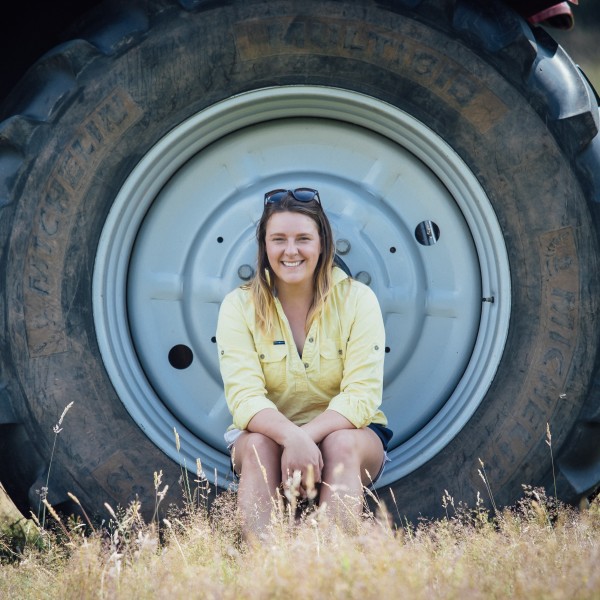 MIXED, COVENTRY: Charlotte (Charlie) tenant farms around 1000 acres (404 hectares) alongside her dad and uncle, with a mix of arable, beef and sheep enterprises.

Calves from the herd of 80 Simmental beef suckler cows are reared until they are 12 to 18 months old and sold at a local livestock market.

Charlie also has 300 North Country Mule sheep which lamb in late February / early March, with the lambs fattened until they are ready to sell at the local market, abattoir, or through a new meat box scheme direct to the public.

It was clear to Charlie from a young age that she wanted a career in farming. Since graduating with a degree in agriculture she has travelled across Australia selling and demonstrating farm machinery – relishing the opportunity as a female in a male-dominated industry.

Her main passions are improving the sustainability of both her farm business and the industry as a whole, and bettering the public perception of agriculture. Charlie loves that every day is different, with no feeling like watching a ewe lamb, or a cow calve, even though she has seen it thousands of times.

She cherishes the opportunity to promote agriculture, particularly given the UK’s high animal welfare and environmental standards.

Knowledge is power and educating people about farming can improve consumer support and demonstrate how UK systems can be the answer to tackling climate change, she says.

Although farming can be a tough and isolating career, when things go wrong Charlie always tries to find a silver lining. “Farmers are a special sort of breed that can take the bad days with the good.”

Charlie plans to go to New Zealand for six weeks in 2022 to learn about permanent pasture management and improvement.

Member of the NFU and part of the Red Tractor accreditation scheme. Member of Young Farmers Club.

Featured in Farmers Weekly, Farmers Guardian, NFU Online, The Times and on BBC Midlands Today and is writing one article a month for NFU Countryside.