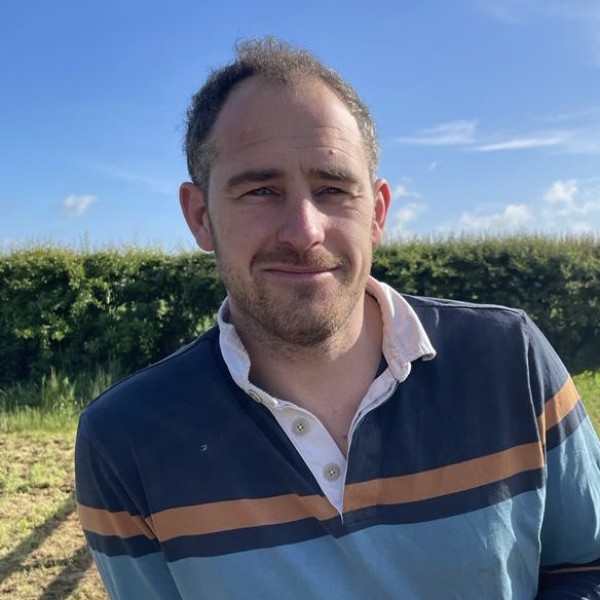 ARABLE, HERBS, VEGETABLES, COURSE FISHING, WORCESTERSHIRE. Frankie is a fourth-generation farmer, with his father and uncle still on the family farm. He runs 650 acres which includes his family farm and his neighbour’s, running a very diverse mix of enterprises including land in environmental schemes.

He grows arable crops for feed and seed, as well as herbs, occasionally onions and carrots on contract, the farm hosts other farming businesses such as a fishery and clay pigeon shoot.

Frankie studied engineering at Harper Adams University and is a fan of technology. He enjoys making and fixing equipment himself and learning about, developing and applying technology to make the job easier. He especially enjoys working with electronics and the Internet of Things (technologies that connect and exchange data with other devices over the internet.)

As a farmer, Frankie loves the variety and responsibility of producing people’s food, caring for the environment and the people around him, but he says the downsides of farming include the hours, noise of modern machinery, arduous conditions, chemicals and the isolation that working alone can bring.

Frankie loves extreme sports and motorbiking about the world. He also enjoys engineering, making things and learning how stuff works.

Member of the NFU and Worcester NFU branch chairman.

Classic Tractor magazine, although father and uncle have been interviewed in the past.