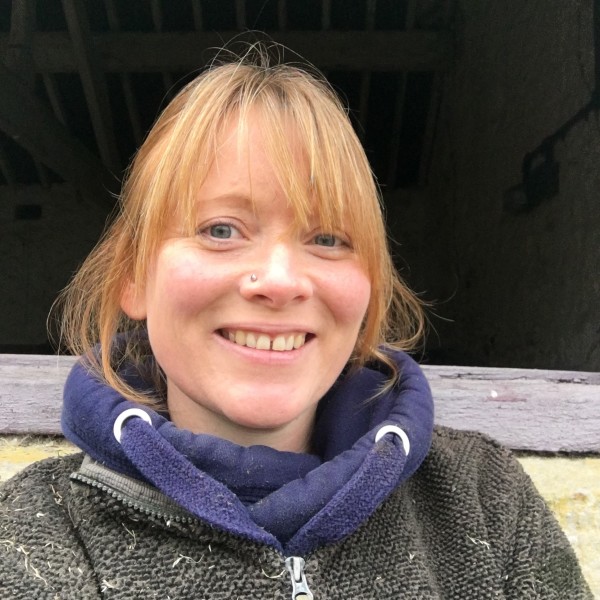 SHEEP & GOATS, NORTH WALES: Sam farms 160 acres (65 hectares) on the banks of the River Elwy in the Vale of Clwyd. She started the business in 2016 and has built the farm up from scratch on land that her husband, Alex, inherited from his family.

The farm is made up of 60 acres (24 hectares) of ancient woodland with transient fallow deer discretely passing through most days, 80 acres (32 hectares) of arable, which is currently tenanted and in maize production, and 20 acres (8 hectares) of permanent pasture, which Sam is grazing with her growing flock of sheep.

She is breeding a flock of Welsh Mules (a commercial crossbreed) from just 30 Welsh Mountain ewes. She would like to increase numbers more quickly but is nervous of doing so with Brexit looming.

With so much uncertainty over the future of the sheep market, Sam has diversified into a small herd of meat goats, which she sells direct to customers. She also has plans to renovate a cottage and a bothy in the woods for holiday lets.

Sam’s husband, Alex, is a full-time maths teacher so the day to day running of the farm is all down to Sam. A farm worker’s daughter from near Brighton, agriculture is definitely in the blood, but North Wales is very different to Sussex. It has been a steep but exciting learning curve.

Sam has had an unusual journey into farming. Her Dad worked on the same dairy and arable farm in Sussex for many years. Her Mum was a contract shepherdess but both parents hoped Sam would find a different career away from the farm. Instead, she went from job to job, including a brief spell as a trainee veterinary nurse, but never settled at anything. Sam travelled and worked around the world and met Alex in Asia.

They moved back to the UK together in 2014 and only then did Sam discover that Alex had inherited a farm in North Wales from an aunt.

She says: “We went to see the place, Alex thinking that I would want to settle in Sussex near to my family. But a plan began to formulate between us almost instantly to create our home there. The house was being tenanted separately to the land and the buildings were in a state of neglect. It took over two years to patch up and repair all the old stone and slate buildings, but at least we could then happily house a limited number of small livestock over winter.”

To help with cash flow while repairs were needed, Sam worked as a contract shepherdess on a few different beef and sheep farms and as a relief milker on a local dairy farm.

Sam sadly lost her dad, David, to cancer in 2014 when she was only a month into her first farming job – but not before he’d been able to share some advice which kept her smiling through the next five years of relief milking. He had proudly glimpsed his daughter embarking on a new journey and following in his farming footsteps.