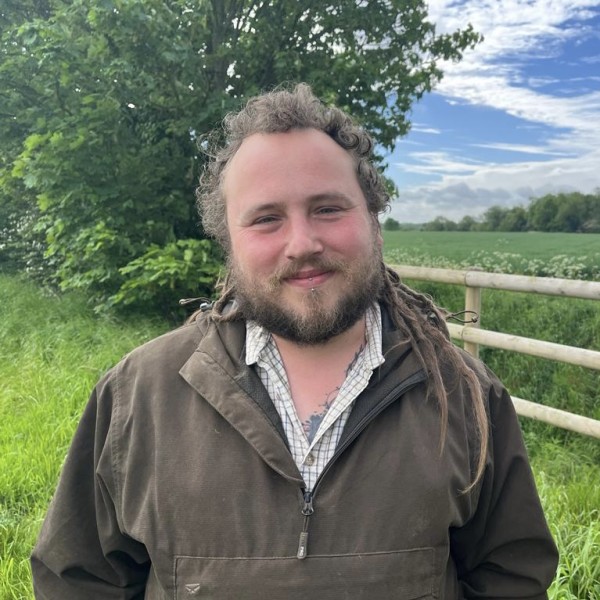 DAIRY, SHEEP, PIGS, CHICKENS, BUXTON: Alistair and his partner Connor farm 500m above sea level in the beautiful Peak District national park. Pictor Hall farm is an old estate which has been in the hands of its current owner since 1963. It's a small dairy farm with 120 acres and a herd of 40 milking cows.

Until recently this has been a traditionally run dairy, however the couple are trying to find a kinder way to farm and have started keeping the cows and calves together to encourage natural behaviour and improve welfare. Instead of separating them, they keep the calves with the cows while milking them, and while they currently sell the milk to Arla they plan to start selling pasteurised milk directly to the consumer.

They also run a small flock of 30 Jacob sheep and have two Gloucestershire old spot sows from which they breed piglets. They have 150 laying hens and deliver eggs and meat into their local town of Buxton twice a week.

Alistair and Connor became farmers completely by accident. They arrived on the farm in a converted LDV van, offering to work a few hours a week for the elderly owner – who was struggling with the farm - in exchange for a place to live. Six years later they were managing the place.

“Although it wasn't easy to become vegan dairy farmers, we couldn't walk away and allow the animals to not receive the standard of welfare that we believed they deserved. We do now both eat animal products and pride ourselves in providing high welfare meat to our local community,” says Alistair, “when we came to the farm we were both vegans who believed that the farming industry needed to change.”

The couple get most enjoyment out of providing a very high standard of welfare to their animals as they grow, in a beautiful place to live. But they have realised that the hours can be brutal and the weather horrendous, which has had a knock-on effect to their families.

Although the farm has taken most of their free time away, Alistair and Connor used to be regulars on the UK festival scene.

As gay ex-vegan dairy farmers it's hard to narrow the farming challenges to one, says Alistair. “But the biggest problem I see in agriculture is the sheer disconnect from people and their food. Most of us have little to no understanding of what it's like to be a farmer and how hard it is to work the land. We need more education in early years that directly connects people with the food they eat.”